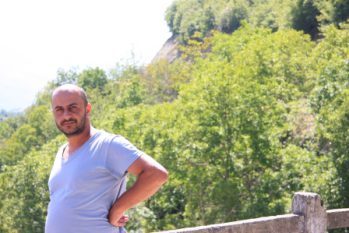 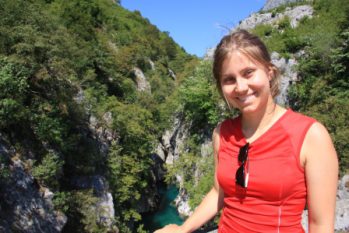 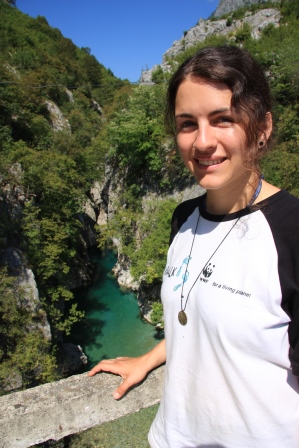 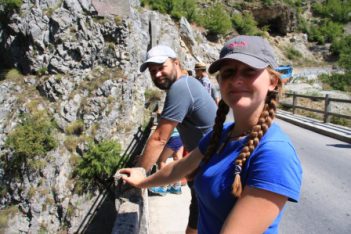 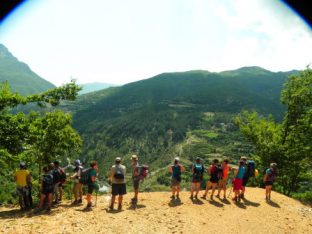 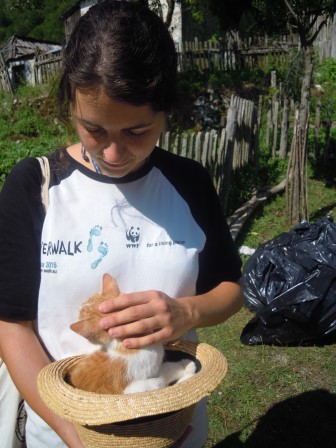 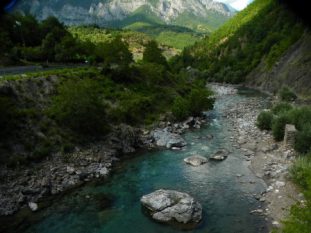 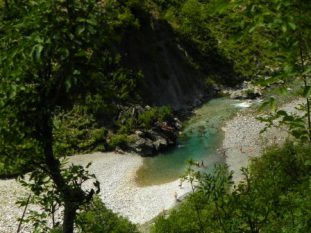 Our stay in Dragobia ended on the 29th with a quick clean up of the whole area where we had lived for more than three days on Fation´s farmland. In less than two hours, all our trash was collected, the tarp tents broken down, our dirty clothes washed and everything else stuffed into the WWF and two mini-vans that would take us over the mountains to Lekbibaj. After a few last thank yous and goodbyes, the Riverwalkers entered the minibuses to leave for an extremely curvy and bumpy mountain ¨road¨, which inspired the Slovenian sisters Stasa and Pia to sing a new song ¨the road is bumpy, don`t be grumpy, just smile smile smile.¨ One of the plus sides of this stomach-shaking ride was that we got an idea of how travelling must have been in a horse carriage, in earlier times.

So, we were very glad to finally depart the vehicles and walk a short but steep path up to the house and meadow of the Albanian participant Gent`s cousin. Refreshed by a quick rest and a swim in the nearby river, the tarps were quickly set up (as always mainly due to the hardest worker of the group, reliable Max) and the cooking group of the day started to prepare dinner for all of us. Yvonne, Ana, Stella and Ardit cooked a lovely supposed-to-be traditional Austrian meal for the group, which was planned as a Kartoffelgulasch, but actually turned out to be regular potato-vegetable soup, tasty nonetheless.

Before everyone could fall into a well-deserved sleep, the stress and organizational chaos of the past few days took its toll on Nate and he had to lie down with a stomach ache and allow his body some rest. Nate unfortunately was not the only patient of the day, also other Riverwalkers needed some peace and quiet, so everyone finally fell asleep, listening to the sounds of crickets and the river of Lekbibaj.