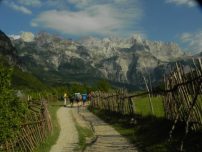 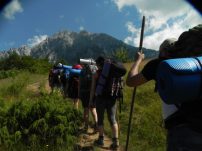 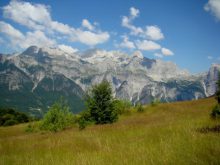 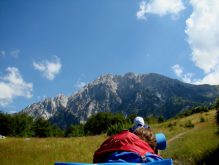 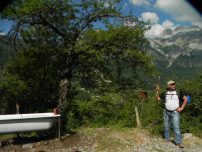 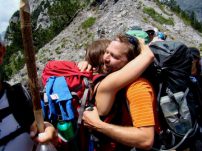 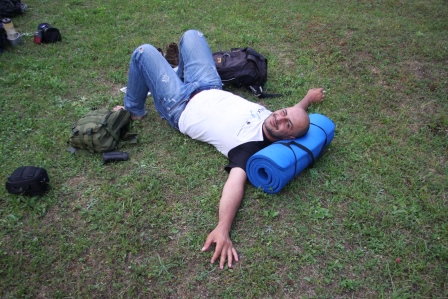 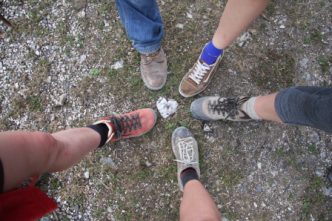 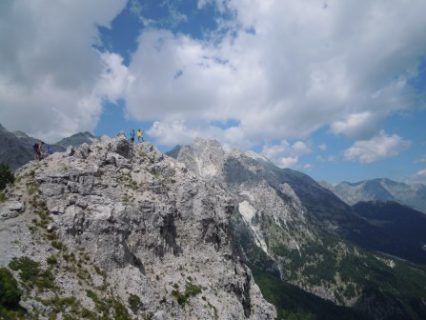 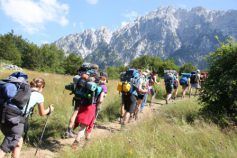 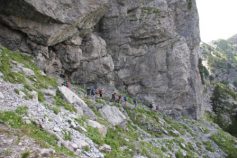 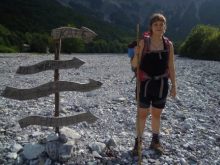 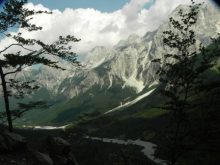 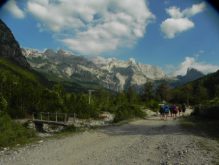 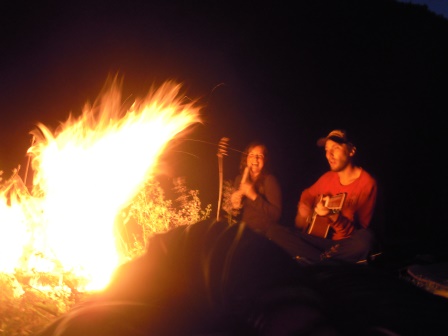 The 18 pairs of itchy-feet woke up early at sunrise, the light pouring in from the path to Valbona. We all knew that the light was calling for hikers to get to the top of the guardian mountains, and to discover the secrets that the little ray of light was trying to reveal to us.

At 6 am we were all awake, and a few brave (crazy) ones went to the icy cold river to take a bath. After eating an awesome and yummy home-made breakfast and preparing the lunch (vegetarian sandwiches), the adventure started!! Hiking up the mountain, we met a lot of others hikers who were aiming to reach the same goal. Some of them were supported by pack horses, but we are stronger and we don’t need that extra help (huff, puff…sweat, sweat)! The trail led through the forests, where we could take a break in the shade. Reaching the saddle, the panorama view of Valbona valley below was unfolding in front of us. It was fascinating and breath-taking.

We wove down the serpentine curves and took a much needed break at the source of the Valbona River. The crystal clear water poured from the earth and we drank healthily from its bounty!  Green moss grew in great patches and the smaller streams combined at a waterfall that dropped into pool below.

After having the lunch, we continued the trip getting down to Valbona river valley. After 10 hours of walking (normally 6-8) we reached the river bed, and finally we saw the houses of Ragan. In fact the river had no water, but we hear from the locals that it has water only in autumn until the following spring. In 1 hour we were at Kole Gjoni’s guesthouse. There we learned how to put up the tarp tents, and we built our camp. Now is time for dinner: very Albanian dinner, with meat, byrek and a delicious chocolate cake. Now it’s fire time, let’s go to play guitar and harmonica and sing!!

Goodnight to everybody from Lisa, Gent and Stasa! 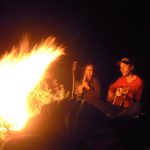