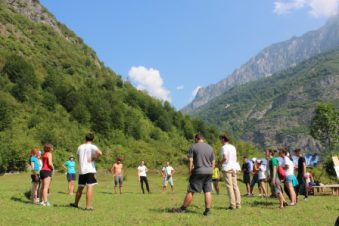 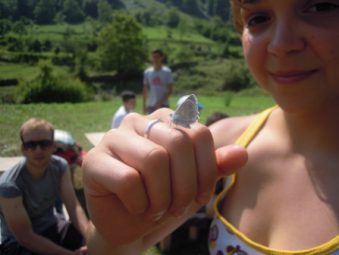 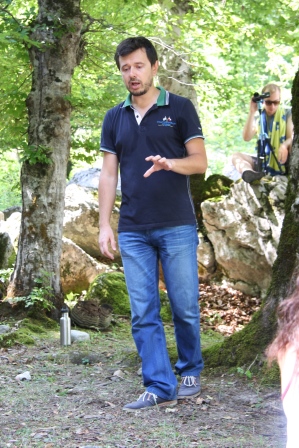 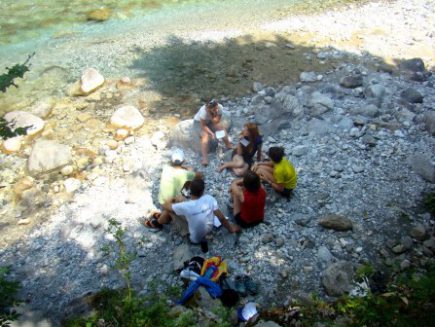 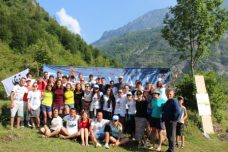 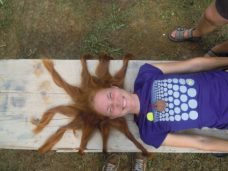 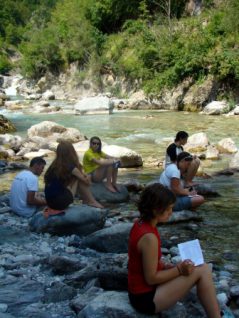 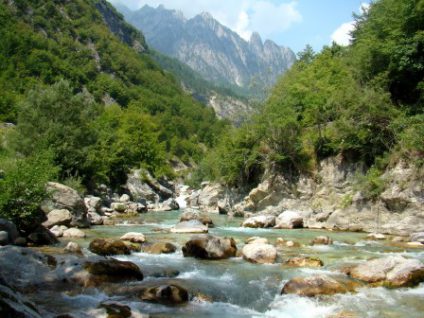 Aaah what a morning, after the second night most of the 20 some Albanian participants felt much better because it was their second night of sleeping outside (and they were exhausted). After the breakfast we headed to the river where people could choose between 3 different workshops. Today, we had a wild animal (mainly, lynx) expert come to give a workshop but we could also choose between a wood carving workshop and a creative writing workshop,  both of these were offered by Riverwalkers.

Several of us spent a great time learning about the Balcanic Lynx from Dr. Alexander and had a very interesting discussion with him comparing the economic benefits of conservation of wildlife against an irreversible depletion of wildlife. His quote which stuck was, ¨if someone shoots a mother bear and sells the babies to a restaurant, he´ll get about 300 EUR per cub, but if we leave the bears where they are, tourists will pay much more than that each year to have the chance to see them in the wild.  So, we Albanians can choose… 1 person benefits or the wealth can be spread out.¨  Seems like a very important argumement.

During the creative workshop, participants made some great poems, stories and paintings as well as some nice stick carvings. After the workshops people went for a swim, and then we continued with another great lunch.

After lunch we had time to say goodbye to the Riverfest participants before their departure and everyone got to take a rock from a local river home with them.

Although it was sad to see the camp almost empty, we were also happy to finally have time for ourselves so we decided to have a solo walk after cleaning the campsite. Solo walk is time for everyone to get some time alone by the river, calm down and get closer to the nature. During the solo walk we got a suprise shower and it was quite an experience to see the river during the rain. As soon as the rain ended, a mysterious fog rolled in over the water and a warm breeze blew down the valley.

We quickly prepaired the dinner and continued with the last campfire before going to sleep.  T

he next day the Riverwalk will move on!