After breakfast we had a guided tour at a hydropower plant a few minutes away from the campground. We had a nice guided tour through the buildings. The guide explained us how the power plant produces electricity and how it is built up.

Then we started our way to the next campside in Strada. Shortly before we arrived it began to rain heavily and we had our lunch under a tree (so romantic!!!). The tarps were already set up by our bus drivers. At half past two Thomas picked use up and we helped out cleaning up along a restored part of the Inn.

Highlights were for example: Shoes, pipes, a big metal piece and many plastic things.

We collected trash for about 1 ½ h. Afterwards we had our next input from Pio Pitsch, an expert in restoring rivers and river ecology. He told us about how the river had changed in the last 30-40 years and also about a restoring project which ended in 2012. Many measures were getting done for reaching a natural river ecosystem.

The last evening in the Swiss we spent in a nice little restaurant in Strada next to the Inn. We had an awesome dinner with homemade dumplings and also (the best) homemade Engadiner nutcake.

The rest of the evening we laughed a lot and had a great time in the fancy restaurant. Big thanks to everyone who made the tour in Switzerland so special and thanks for the great hospitality that we experienced whenever we got in touch with the Räto-Romanic people in Upper and Lower Engadin! Thanks to Angelika Abderhalden who took every effort to make the Swiss part of Riverwalk 2017 unforgettable! 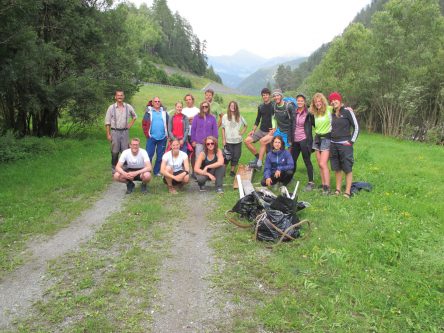 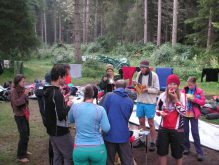 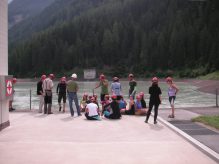 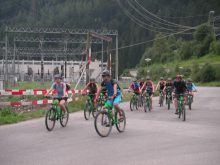 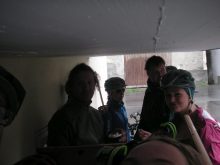 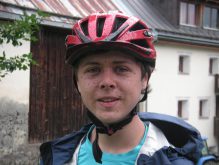 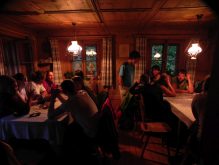 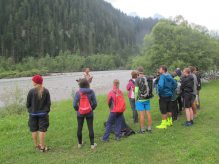 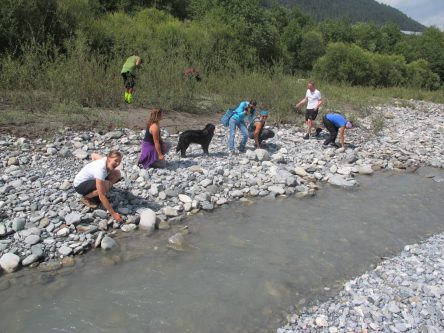 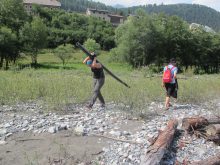 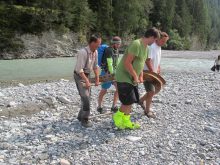 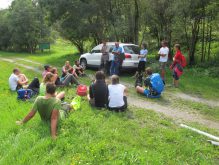