The plan for today was to cross the Wurzenpass – Korensko sedlo, and of course, the border between Austria and Slovenia. To do that we agreed on an early rise. We woke up at 6 o´clock, packed our backpacks, ate the breakfast and then started walking.

We also welcomed a new face into our group- Aljaz and had to let one of ours go free- goodbye Anette, all the best!! 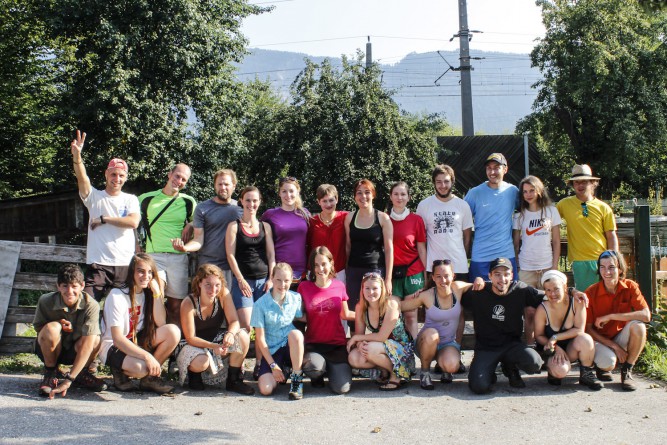 Right from the start we were divided in two groups. Some of us wanted to get some oil, which, according to the housewife of the farm where we were staying, can heal practically everything! We met a really nice woman who showed us her shop and then drove us some way up the pass, so we actually had a chance of catching the others. Well, sadly, that didn´t happen until the top! 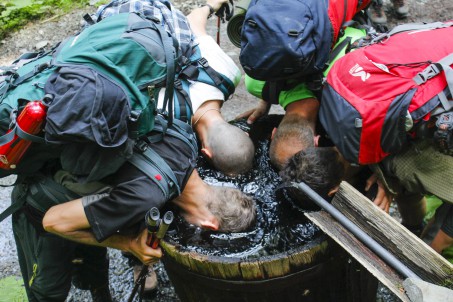 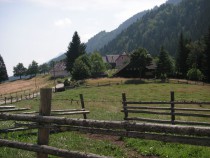 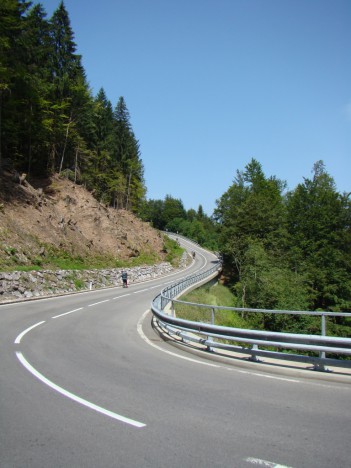 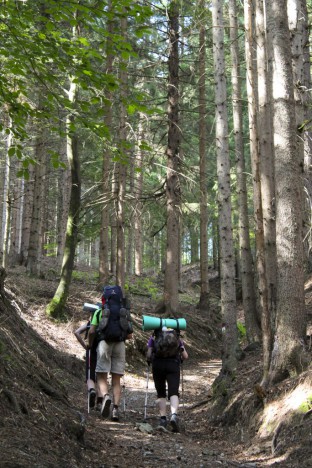 After absorbing the spectacular view on the top, in Kreiberg, we continued towards the border. We enjoyed eating lunch on Slovenian grounds and then had fun with a pop quiz based on facts about Kranjska gora and its´people.

During the descent we met a whole zoo!! A horse, some cows and an ostrich. There were also lots of spiders! 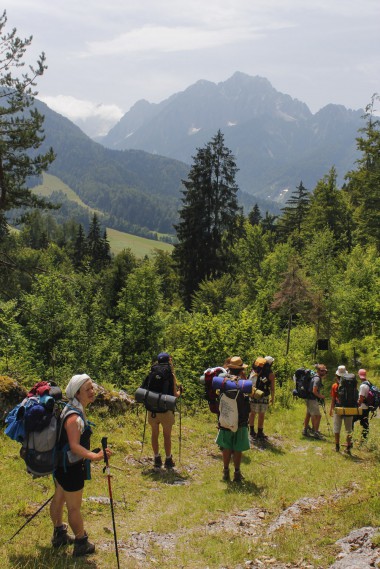 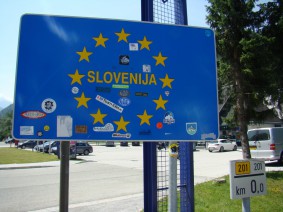 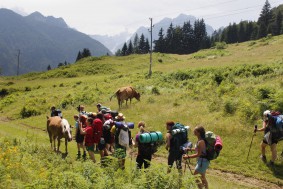 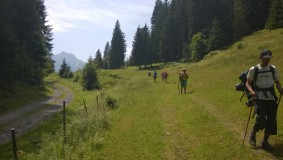 When we arrived to the camp we decided to go for a swim in lake Jasna. The water was very clear and beautiful but also very cold. After that we treated ourselves to some well deserved ice-cream –YUM!! 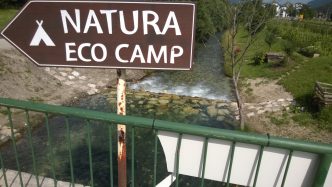 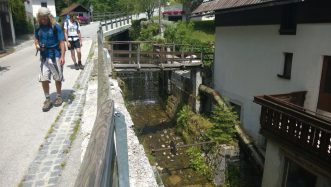 5 thoughts on “Better late than never!”